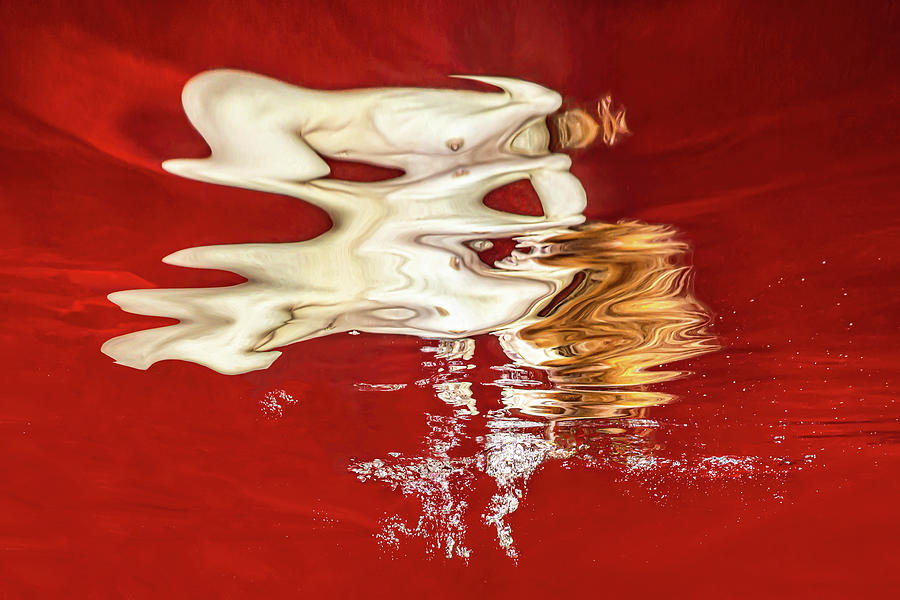 Alex Sher’s underwater photograph “Spark” ignites the water in a boiling fiery scene. The pale tones of the skin contrast sharply against the velvety reflections of red that consume the water. What in reality would be understood as a nude photograph depicting a woman's body, breasts, and limbs, in Sher’s work transforms into a surreal spark of colors and bubbles.

“Spark” is a part of Alex Sher’s popular series REFLECTIONS - underwater photographs that could be almost mistaken for abstract paintings as they bring up recollections of masterpieces by Picasso, Dali or Gustav Klimt. In fact REFLECTIONS are straight photographic capturing of the water’s surface from below, with a submerged underwater camera. The photographs freeze natural momentary reflections in water surface - the unique kaleidoscopic fragmentations of human body into nearly unrecognizable forms.
It is these bold accents of color, mesmerizing textures, dramatic lines, and distinctive distortions that make Sher’s works unique highly advisable masterpieces.

Original gallery quality archival pigment print face mounted to 1/4" museum grade acrylic plate backed with 1/8" dibond and hidden frame.
Limited edition of 12.
The artwork is furnished with certificate of authenticity, signed by artist with artist's name, edition number, edition limit, and other details.
The artwork needs no framing; it is being hung by a hidden frame on the back. Additional framing is available upon request.