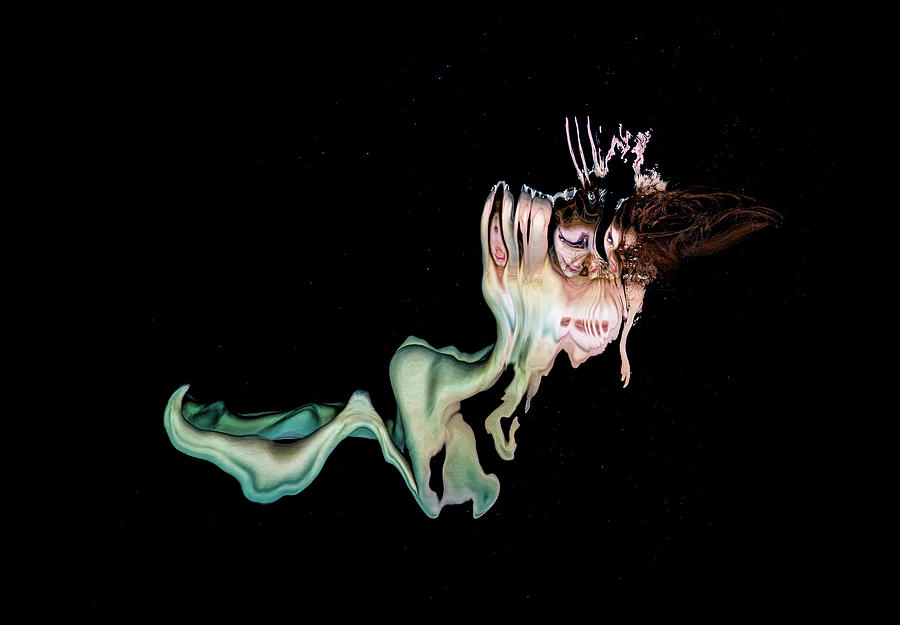 Radiating with mythic sexuality, the mermaid’s topless body becomes fluid, her multiplying naked breasts and her scaly tail swirling into the hips of a real woman form a Möbius Stripe, a twisted surface caught into an infinite loop. This amazing natural distortion congeals into hearkening back to the surrealist fantasy of Salvador Dali.

“Möbius Mermaid” is a part of Alex Sher’s popular series REFLECTIONS - underwater photographs that could be almost mistaken for abstract paintings as they bring up recollections of masterpieces by Picasso, Dali or Gustav Klimt. In fact REFLECTIONS are straight photographic capturing of the water’s surface from below, with a submerged underwater camera. The photographs freeze natural momentary reflections in water surface - the unique kaleidoscopic fragmentations of human body into nearly unrecognizable forms.