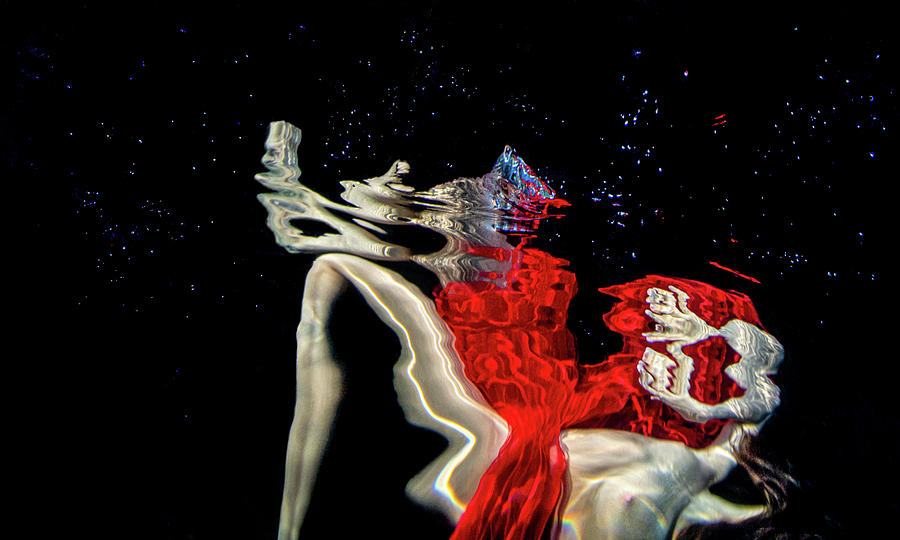 A naked woman floats in space illuminated with shimmering stars and saturated swirling gasses of solar systems. Similar to the geometric eroticism of Picasso, with color fields and body parts intermingling in unforeseeable combinations, we are entranced as this provocative figure slinks through the darkness of the universe. In these short-lived moments, she is shielded from noise and gravity for as long as she can hold her breath.

“Her Own Universe” is a part of Alex Sher’s popular series REFLECTIONS - underwater photographs that could be almost mistaken for abstract paintings as they bring up recollections of masterpieces by Picasso, Dali or Gustav Klimt. In fact REFLECTIONS are straight photographic capturing of the water’s surface from below, with a submerged underwater camera. The photographs freeze natural momentary reflections in water surface - the unique kaleidoscopic fragmentations of human body into nearly unrecognizable forms.