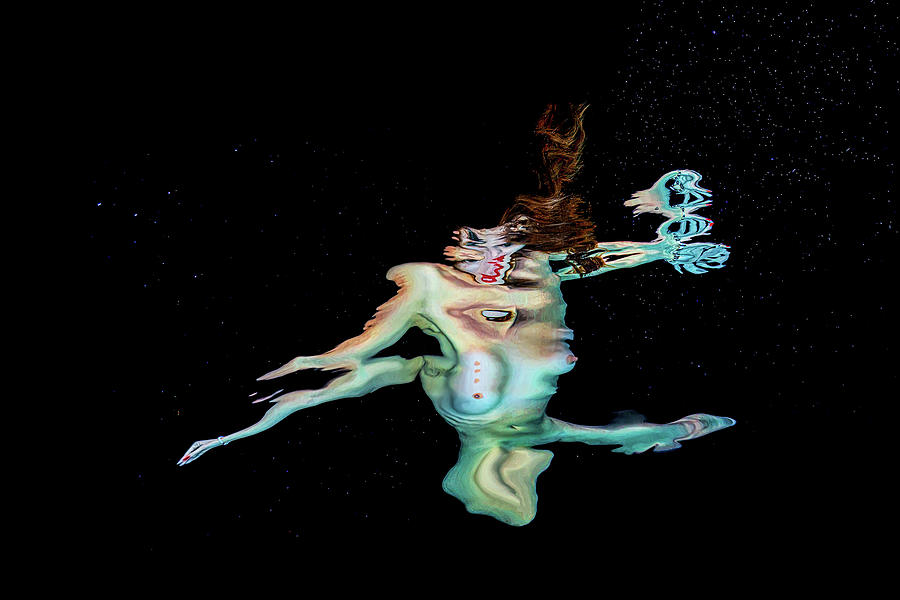 From the dark, she rises. An eerie turquoise glow intermingles with the colors from the nude body of a woman, at least a part of a woman. Her breasts and arms breach the reflection’s surface transforming her into a series of lines and curves. Her nude form haunts us, immortalizing this ephemeral moment into a nightmarish scene by Salvador Dali’s rethinking of 80 renowned works of Francisco Goya. We cannot help but be enticed despite our fear.

“Capricho” is a part of Alex Sher’s popular series REFLECTIONS - underwater photographs that could be almost mistaken for abstract paintings as they bring up recollections of masterpieces by Picasso, Dali or Gustav Klimt. In fact REFLECTIONS are straight photographic capturing of the water’s surface from below, with a submerged underwater camera. The photographs freeze natural momentary reflections in water surface - the unique kaleidoscopic fragmentations of human body into nearly unrecognizable forms.